It is said that “Wisdom is the result of accumulation of error”. One might read that statement and conclude they are the wisest person on the planet. To a degree, we all hold a degree of wisdom. We also hold a large smathering of error, to wit, we have gained zero wisdom from because we continue to repeat said errors. Such is human nature I suppose.

Recently, on the 16th of October, I begrudgingly welcomed my 61st birthday. While I am tremendously thankful that I have lasted this long despite my behavior over the last 30 years, I, as I’m sure most of you who are of a similar age, are not fond of such high numbers. High numbers are great for scores, aptitude, speed, height, records and a host of other things that we praise and cheer for. But when we are talking about age, it only reflects well for objects, but not so much for people or animals. 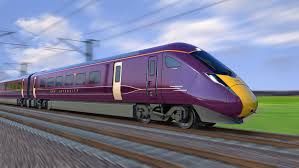 An old locomotive like the one pictured at the top of this blog, evokes feelings of a better time, of strength, wonder and excitement. As steampunk as it is, it is very classy too. All that mechanical wizardry happening all at once to create motion with noise, rumbling and grace. We, as humans, are sort of the same when we reach a certain age. There certainly is a lot of noise when we move, a lot of gut rumbling and yet, we have a certain grace about us as we manage our forward progression.

Old cars are a treasure. Youth of today will never know and may never experience the excitement of being in the presence of a vehicle that inspired people to be better than who they were. Machines that drew silence from people, mouth agape and eyes wide, we wanted to touch. While I was never young enough to experience a vehicle like this, I have seen them in person and wished I could have been there when they were new, when the whole experience of motor travel by car was new. When pride in a man’s work was the high water mark we all aimed for. I just can’t imagine the same care and passion goes into making a car today.

The World War II Curtis P-40 Warhawk, is my favorite aircraft from that era. But any aircraft from that era seems far Superior to anything made today. I know they are no match for today’s aircraft, but they held a certain grace that commanded respect and admiration. They were simple by today’s standards, they were mechanical and all the parts moved in synchronous movement with each other to create this awe inspiring wonder and imagination. They egged young boys to want to learn to fly and be one of those daring pilots, to be a part of something greater than themselves or their lives. These machines demanded interaction between men, whether friend or enemy, you had to engage them on a personal level in machines like these. While I am fascinated with the modern aircraft of today and what they can do, they seem very sterile of the men and women who built them, of the people who were involved in their creation and most certainly of the enemy they may face. It’s all push-button, nearly devoid of human interaction, lacking that grace that their older counterparts had. 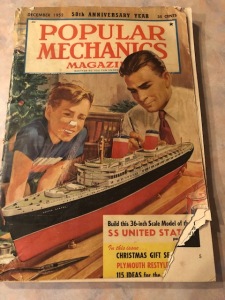 But as our numbers go higher, our appreciation for what once was becomes evident. We see the majority of things in our lives now surrounded by molded plastics, made completely of molded plastic and eventually falling apart because they were made of molded plastics. We have plastics that “look” like wood, metal, silver, gold and any other natural material you can think of. I don’t care what it wishes to claim to be, it still looks cheap, phony and mostly, dishonest.

I was a kid through the 60’s and 70’s, graduating high school in 1976. But I remember life in the mid-60’s, not the radio and TV life, not the news life, the real life. The science, the technology, or lack there of, the way of life. I have on my bookshelf to my left, Popular Science and Popular Mechanics Magazines from 1947 through 1951 and from time to time I read through them, if not for the articles, for the advertisements. The articles are full of wonder and envision a time when life would be just as amazing only more so. I can only imagine the disappointment of those people now if they saw the way we live now.

Don’t get me wrong, I certainly appreciate and at times, thank the modern world for the modern conveniences we all enjoy. The internet is an amazing thing that has sadly evolved into a very ugly beast that we feed on a daily basis. Cars have become as passionless and impersonal as the smartphones we overuse.

Radio has become nothing but noise and lacks the entertainment we once got from it. Television has become a vessel for gossip, sensationalism, busybodies, bravado and false bravado, a never ending stream of finger pointing and despicable behavior of those real and fictional that the viewing populous adores, praises and wants to be. Nothing is sacred or simple anymore.

While I do watch TV, I avoid the news and network TV like the plague. I like to watch History Channel, Discovery, Learning Channel, channels like those. Yes, I do watch some comedies, sci-fi and some drama shows, who doesn’t like some mindless TV? But I do my very best to record all of these so I can fast forward through the millions of commercials from auto makers and other retailers.

Little Known fact:
Broadcasters initiate a 3 to 5 decibel boost to the audio of their commercials because they know that most viewers get up to use the bathroom or to go to the kitchen during commercials. The thinking is though you may not see their commercial, you will at least hear them. So yes, they do get louder.

My favorite is American Pickers, because rust is good. I watched a recent episode where Mike and his brother were buying a couple of old 1930’s Model A Fords and a 1941 panel truck. They were in a garage, had a bit of patina on them and were in need of some repair, but the bones were there, the bodies were there in their glory. They had personality, they were beautiful. I thought how lucky of them to see them and touch them with their hands. Just as hands had touched them 80 years ago when life was so much easier and simpler.

I miss the old stuff. It was really nice, it was cool, it was special and it makes me feel good. Sure the old stuff may rust and eventually returns to the earth but isn’t that what things are supposed to do? I have a shed on my farm that I have hanging on the outside walls all sorts of items that are metal that have reached the point where they aren’t usable anymore. A rake head, an old shovel head, an old chain, some old pans, some old lawn mower parts, an old metal bucket that’s rusted through. Everything is rusty but it looks so cool. That old metal bucket may be rusting and falling apart and will eventually vanish. It and all the other rusty things I see will remind me of bygone days. While that plastic dolls head that is on it’s way to the dump, will be there a million years from now.

Am I being sentimental or melancholy? Meh, perhaps. No I’m kidding, I am. I miss the simpler times, I miss the phone on the wall ringing, I miss the percolator coffee pot, I miss putting a key in the door to unlock the car, I miss cranking down the window when I pull up to a drive-thru at the bank, I miss staring at the album cover and reading the liner notes, I miss the old stuff. Because old stuff rocks.

Of course that begs the question: Does this mean I am old stuff too? And Do I Rock?