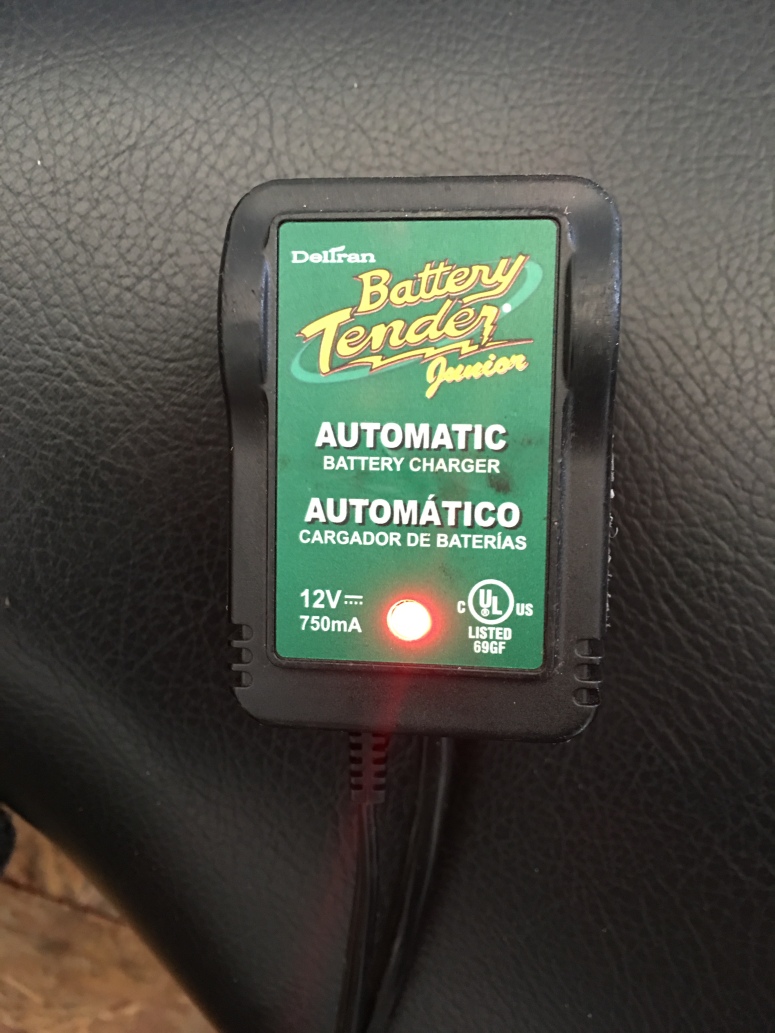 Just when I thought It couldn’t get any worse, this happens. What you are seeing is my trickle charger telling me my battery has no power or. Very little of it.

Since the bike can’t be moved, all I can do is start it and run it for a minute or two just to keep the fluids going. However, as of late, but hasn’t been wanting to start, at least on the first try. Then, as a scripted to happen, I was met with the well known chatter of a dead battery.

I had realized that the trickle charger connection wasn’t plugged in Fully, so I reattached it and gave it a couple hours. It started right up. Not satisfied, I took the battery out and brought it to my local Batteries +Bulbs store and asked them to check it.

“It has a decent charge but my other meter is showing two dead cells” said the battery dude. “Look, it even says “Replace Battery”” he concluded.

Battery dude was kind enough to also tell me that many Harley batteries pass through his store after only a few years. He was also kind enough to give me prices on replacing batteries ranging from $99-$124 for the better AGM battery.

The battery that I had in my Sportster was the original battery from 1994. It was well-maintained and it was 20 years old when I sold the also 20-year old bike. Started every time too. This battery too has been well maintained, never off the trickle charger and handled in the same fashion as that 20 year old Sportster battery.

Quality not what it used to be? Or just “one of those things”? I don’t know… Just another thing to add to the mounting list of things I have to do to the bike.